How to Reduce Your Safety Stock Using the 80/20 Rule

The 80/20 rule is often used in parts inventory management to identify the 20% of inventory that produces 80% of the profits. (For a more in depth definition of this phenomenon, read another blog we wrote about the 80/20 rule here.)

A variant of this rule, called ABC analysis, is commonly used to split inventory into three parts according to their profitability. This allows you to focus your efforts and money on the inventory items that count the most. While this is a good way to put the 80/20 rule to use, there are other equally useful applications of this powerful principle.

So, if you have been keeping records as you should be, you have the delivery dates and times from each of your suppliers for at least the last year. Included in this record will be the number of late shipments for each supplier. With this data, you can use the 80/20 rule as follows:

Choose a supplier. For example, Supplier A. Take the number of late shipments from Supplier A and divide that number by the total number of late shipments for the whole year. Then multiply that number by 100, and what you have is Supplier A’s unreliability score relative to the other suppliers. Do the same with all your suppliers and then sort your list of suppliers in descending order of their unreliability scores, with the most unreliable at the top.

Going down the sorted list, add up the unreliability scores until the sum reaches approximately 80%. The vendors up to this point are responsible for 80% of the late shipments you received over the past year.

If you check, you should find that those vendors comprise about 20% of your supplier pool and, if you eliminated those suppliers, you could substantially improve the reliability of your inventory deliveries, which would allow you to reduce the size of your safety stock. The remaining 80% should be able to make up in shipment volume for the 20% that you cut out.

Do you have questions about improving your inventory management with advanced techniques like this one? Please contact Acumen Information Systems today. 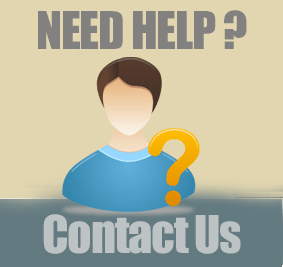 Get Sage product updates sent straight to your inbox.

Why Sage 300 Customers Are Heading for the Clouds

Click below to get in touch with the software and technology experts at Acumen Information Systems if you want information, pricing, a demo, or support for Sage.